Jarek and I met in 1993 in Poland, when I came to teach yoga & meditation for children workshops to teachers. We traveled extensively throughout Poland and eventually married in 1995. While staying in Krakow, i was guided in meditation to look for a farm south of Krakow. The first place we found we loved, but it was not available. So, we continued our search. After a year, we found out the original farm had become available!

So, one cold, snowy winter’s day, we returned to this farm, seeking confirmation that this magical place was indeed the ‘one.’ The road was impassable at the time, so we parked at the bottom of the mountain and continued on foot. Weaving our way through intense gusts of freezing wind and snow, we walked up the mountain road until we reached the forest behind the farm.

We came upon a wide, snow-covered glade shimmering in the red glow of the setting sun, surrounded by a ring of snow-laden evergreen trees. We sat down under a tree and began lighting a small Agnihotra pyramid fire. At exactly sunset, we chanted Mantras into the atmosphere. I called out to Nature to give us some kind of sign if this was indeed ‘home.’ What I received that night was a resounding ‘Yes!’

From all around the forest that encircled us I saw ethereal, translucent figures of Devas. These flowing white shapes moved slowly toward us until they formed a semi-circle around the fire. We sat in silence. As the fire flickered toward the end, the Devas retreated backwards into the forest. It was then we knew we had found our land.

A couple days later, our teacher Shree Vasant, whom we had not seen in months, arrived from India at Warsaw airport. Jarek and I  received him. We were surprised when the first words he spoke were, “Where is Jordan?” We looked at each other in utter amazement. How had He known the land we just  found was located up the mountain from the small village of Jordanow, which in English is ‘Jordan?’Later in the week, we drove from Krakow to Jordanow. After the bumpy ride up the mountain, we reached the land which had a quaint, rustic log cabin surrounded by a beautiful, old apple orchard and rolling fields. Shree Vasant saw it and confirmed we had indeed found the place.  It was winter and snow was on the ground. Shree Vasant spoke softly,

“This is Holy ground. I cannot walk with shoes on this ground.”

With only a thick pair of socks on his feet, Shree Vasant stepped out onto the snowy ground. We all sat together and performed one Homa fire. Then he chanted other Mantras. The experience was so powerful that I could feel those Mantras throughout my whole body. Shree Vasant had tears in his eyes. We all did. We knew we were home.

We need your help to continue to bring this vision into fruition. 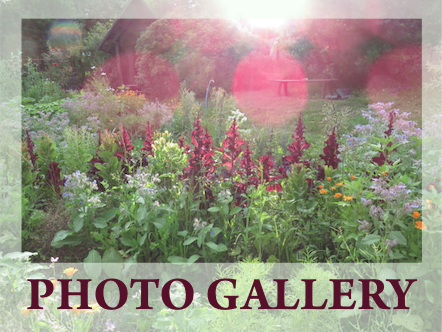 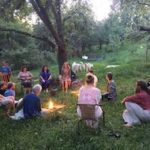